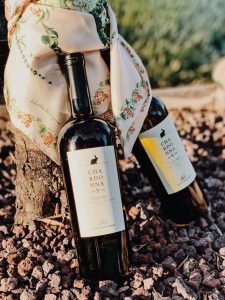 A current exhibition at the Salvatore Ferragamo Museum in Florence is celebrating the fashion house’s heritage and reputation for producing exquisite printed silk accessories.

From the age of 20, when she joined the company, Fulvia Ferragamo created a continuous stream of women’s and men’s silk accessories with personalized patterns and prints.The first designs that gave fame to the Ferragamo foulard’s were characterized by animals formed by a patchwork of flowers.

Later, at the suggestion of Chiara and Massimo Ferragamo, an exclusive collection of silk foulards, pochettes and ties, was created for members of the Millecento Wine Club and The Club at Castiglion del Bosco.

The second foulard of the collection

Created in 2019, it was designed, this time by the creative team at Salvatore Ferragamo. It represents the ancient castle of Castiglion del Bosco. It is characterized by the iconic patchwork of flowers. The silk neck handkerchief was realized in two different nuances that evokes the typical colors of Tuscany’s nature.

The Castiglion del Bosco silk item collection also includes a series of elegant ties and pocket handkerchiefs for men. The classic design is characterized by the ancient castle of Castiglion del Bosco but there is a version with the golf club’s ever-popular and ever-present Labrador, Mary.

It’s always a pleasure to see members wearing these valued artisanal items at club events and dinners. It says so much about what is important to the Ferragamo family, and the sense of belonging that comes from membership of the Millecento Wine Club and The Club at Castiglion del Bosco.